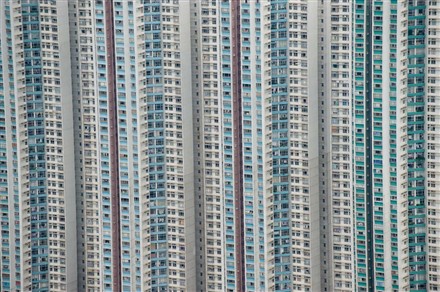 The new projects are selling at close-to 2nd hand market price, and the low interest rate in Hong Kong are favorable factors for home flat buyers.

Henderson Land (0012.HK) sold out the first 38 units at High One Grand ,located in Cheung Sha Wan, within 40 minutes, before marking the small-flat project up 7 percent for another 50 flats. The project appealed mostly to the young, said the developer. Of the 50 homes in the second round, 28 are one-bedroom units priced from HK$4.78 million to HK$5.73 million. The rest are studios selling from HK$3.54 million to HK$4.48 million.

The weekend saw brisk sales of around 500 new homes with upgraders plowing into mid-sized flats, kicking off a year-end wave of project launches.

Tseung Kwan O again grabbed the spotlight as Wheelock Properties (0020.HK) sold 176, or 94 percent, of 188 units at The Parkside within a day of first release. All flats with two bedrooms went before 3pm Saturday, while the three to four-bedroom units also saw keen demand, mostly from upgraders. Another 102 units were released at HK$13,812 on average, up less than 1 percent.

Mont Vert I by Cheung Kong (0001.HK) was apparently left out of the weekend sales boom, as only nine of the 90 units released were sold on Saturday.